Before I begin to waffle on about my waffling waffles of life…. (hmmmm waffles) I wanted to touch on breathing.

Yes that’s right, the thing that gives us life. The very thing most of us go through their everyday lives not even noticing that we do it.

Breathing in life, breathing out waste.

For me ‘A’ has always focused on my breathing. Whether that’s shortness of breath, hyperventilating, day to day breathing and the occasional choke on your own saliva kind of breathing. (I don’t recommend the last one, very unpleasant!)

Infact the very mention of breathing gets me all tight in the throat.

I quite often go through my days watching people breathing and swallowing, observing how their own body is self sufficient enough to breathe without reminder. (I am also aware how strange that is for me to observe but if you have read any of my other posts you’ll already understand that it’s a pretty normal thing for me to do really 😂)

Are you aware that there are so many different ways to breathe?

It’s the one thing I struggled with when starting my Yoga journey because as someone who was already more conscious of my breathing, to have to focus on it even more, was an anxiety attack just waiting to happen. (It did happen…over and over and over again)

I do however find it extremely useful in anxious moments to take a few moments to inhale deeply filling my lungs completely, holding the breath for 3 seconds then exhaling in a controlled slow manner for the count of 6 seconds. I repeat this until im feeling more in control.

The great thing about it is you can do it in public with ease.

So, have you taken time out of your day to day to breathe?

Now we’ve taken a moment to breathe, onto what I originally planned to write about today.

‘A’ with other people.

You see ‘A’ isn’t content to cause anxiety just for me, oh no that would be selfish! ‘A’ also torments me about others. I literally worry my little brunette head off for the sake of others, strangers, passers by and maybe even the occasional animal.

We live in a techy society now where people don’t even need to watch where they are walking for fear they will bump into a lamp post or human, instead they surf the web using the power of WiFi to guide them. A society that would rather stare at a phone screen than watch the world go by. This saddens me.

How can you live in the now if you’re not paying attention?

How can you be present?

Sometimes I think if I wasn’t present in these situations then maybe I wouldn’t have ‘A’ on my back all the time but if I am looking at my phone screen I am missing the world go by and therefore not in this amazing, not to be missed, limited time only now….

If I had sat and surfed social media in the doctors surgery yesterday I wouldn’t have noticed the gentleman sitting opposite me. He seemed like an average person. Nothing stood out to me as strange, except one thing…his shoe laces were un-tided and flopping about like long dog ears.

*name gets called by doctor*

“Excuse me, (he surely can’t be aware) your shoelaces are un-tided…”

Oh. Well. That ends that. Idiot!

I spent the next few hours thinking about this guy. Is he ok? Did he fall and trip somewhere? Was he trying to fall and trip and claim compensation? I should have recorded his response incase i see him on the news! Why were his shoelaces intentionally un-tided?! I guess it will have to stay as one of life’s long unsolved mysteries!

At the train station I was particularly focusing on this one women because she was going to town on this sausage roll, it was sickening. I have zero tolerance for loud eaters, I won’t hold back. I was imagining shoving her sausage roll up her left nostril when I noticed her handbag on the floor. I thought to myself if she pays anymore attention to said sausage roll she will lose that handbag! Then her phone rang so not only was she inhaling sausage, she was also talking and venturing away from her handbag!

Is she aware her handbag in under the bench? What if someone steals it? What is she leaves it behind? I should tell her? But she eats like a pig? Screw her. Maybe I still should tell her? What if she has a family heirloom in there or a long lost treasured letter from her great aunts, nephews, brothers, son? What if her purse has cash in it and only cash? How will she get home from the train station she gets off at? Should i tell her? Screw her, she clearly doesn’t care either way.

*train arrives, we all pile on…i wonder if the handbag made it…

Next thing I’m sitting opposite the sausage monster and have front row seats as she slowly realises her handbag is nowhere to be seen. She’s clawing at the window, unable to do anything but watch the train drive away with no handbag in tow.

I should have told her 😭

I then spend a good couple of days what iffing about what would of happened. Why didn’t I just tell her? What if she was stranded the other end? What if it had valuable in it? (Normally at 3am when I’m trying to sleep) 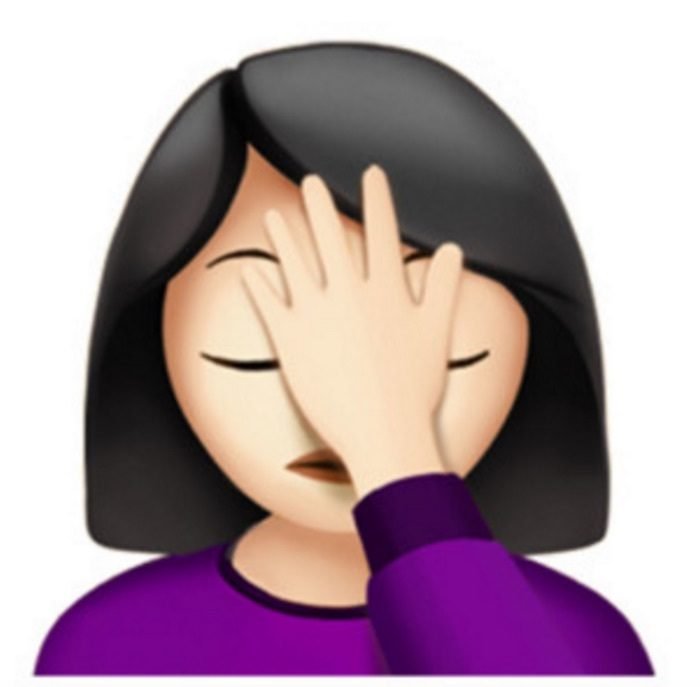 A night out in my city, a very rare occurrence! I was out with my sister and her friends and I noticed a girl at the bar, tall, dark hair and wearing a gorgeous sequin black dress. (It sounds tacky but I’m a magpie, I love anything that’s sparkly and in the lights it sparkled, so cut me some slack here!) I was revelling in the beauty of this dress when I scanned down her legs to see an almighty ladder in her black tights… (Oh no what a party pooper to my dress ogling!)

Does she know she has a ladder in her tights? If she does she must be upset about it? Wait she can’t know, if she did she would surely have taken the tights off? It’s ruining her look, maybe i should say something? I’d want to be told wouldn’t I? What if she gets mad at me? What if she punches me? She might break my nose? There would be blood if she did that, everywhere, then my dress would be ruined too. What would we have gained? I’ll leave it. Why do I even care? Stop thinking about it….

*2 hours, a few vodka’s and a bathroom trip later…

“Excuse me? Hi, firstly can I say I love your dress? Where is it from?” Blah blah blah. “Secondly, I noticed a few hours ago (oh why did I have to mention that?) that you have a ladder in your tights, I’m guessing your not aware because you still have them on so…”

“Thanks, I’m aware, I just don’t care and neither should you. Enjoy the rest of your evening.”

Oh. Right. Well yeah she is right. Why do I care?

I then spend the rest of the night convincing myself she has told everyone what a weirdo I am. Why did I care? Why did I bother to mention it? Why didn’t I just wash my hands and keep my mouth shut? Now she thinks I’m a weirdo stalker women. I bet she calls me the tights police or something. I’m a loser.

This is a daily occurrence for me. Literally daily.

Why can’t I just go through my life ignoring everyone and walking by a problem like the majority of the human race do? When I do butt into people’s lives, it’s not well received and when I don’t I wish I did!

‘A’ makes me over care and sometimes it’s not a good thing!!

Will I stop? Probably not, I can’t.

The annoying thing is I can’t remember what day it is half the time, or even what planet i am on, yet I can remember every single awkward ‘A’ run in!

I’ll probably over think about it for a while now…🙄 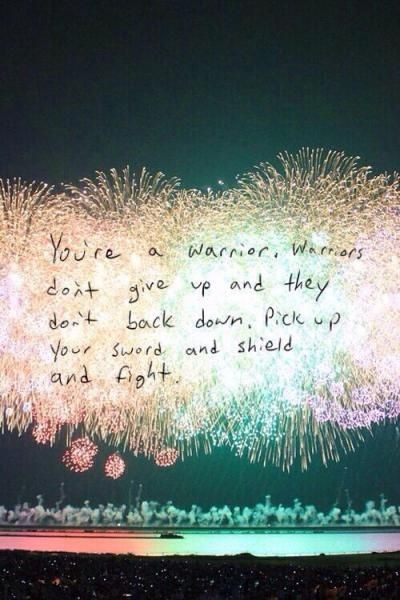 I’ve been fairly quiet in life, not just on my blog but in all aspects. I have continued to retreat and lick my wounds whilst ‘A’ takes more victims inside of me. (‘A’ has now taken over the part of me that didn’t fear venturing outside)

‘A’s sidekick grief has been quiet, I’m not sure whether they split up to cover more ground and grief got lost. (Don’t get me wrong I’m not complaining, I hope the ugly thing stays lost forever). I’m also not stupid and know that it’s probably morphed into a bigger predator and is stalking me silently, awaiting the perfect moment to spring back onto me.

I’m currently not an early bird or a night owl instead I am a permanently exhausted pigeon.

If they cut my brain open they would find it filled with jelly and blancmange.

I’ve made a pact with myself though, tomorrow is a new week and aslong as the Vikings (NFL) win (probably even if they don’t but I’ll be less enthusiastic) I will be getting up early every day and starting my yoga regime.

‘A’s bodyguard depression is kicking my arse and it’s about time I started to fight back. (At least then I can be a ripped exhausted pigeon!)

It’s so hard to motivate myself to get going when I already feel I’ve run a 7 day marathon in my mind.

I’m either a dribbling tired mess or an irritated grumpy crab at the moment. I have no tolerance for life.

Last week my laptop decided to go at a snail’s pace when starting up (this irritated me), then Windows spent an HOUR doing updates (bloods boiling by now) to then be welcomed by the blue screen of death (patience meter explodes). I tried EVERYTHING to recover it but in the end I lost my temper and launched it out of my top floor window (yes you read that right…insert eye rolling emoji here).

I then spent ages researching a replacement to find that the one I want is sold out in the entire universe so I retreated back into my shell and gave up.

Why are small tasks that should be easy such hard work?! Urgh!

When my sister asked where my laptop was the other day I calmly told her I’d thrown it out the upstairs window (then proceeded off the subject and offered her a cup of tea as if it was an extremely normal thing to do) her face was a Kodak moment and actually made me smile (inside). That aside it also alerted me to the fact that it wasn’t a normal thing to do ‘re-enforcing my self hate. (‘A’ revels in these moments!)

Commence mantra and march on…